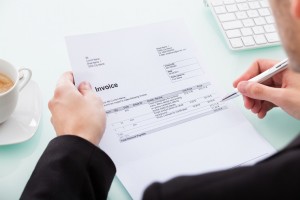 You’ve heard the words behind the ABC acronym before – Always Be Closing, as the popular interpretation goes. For some, it’s a mission statement, even a way of life. But what does it really mean? All of the emphasis in this version of ABC points to closing. The sale is the end-all of the entire marketing interaction, and everything else is secondary, if it registers at all. Close one deal, don’t look back, and move right along to the next one. As long as the cycle keeps churning, everyone’s happy… right?

A closing, by definition, is the end of something. Closing a sale means that the money has changed hands, and your interaction with the buyer is at an end. This is a dangerous way to market, especially on social platforms. Think of it as closing by any means necessary. That means not worrying about all of the customers that impersonal marketing turns off, as long as the sales numbers stay strong. It’s a short-sighted philosophy, and it comes with plenty of unwelcome long-term consequences.

This version of ABC is used to justify all sorts of counter-productive marketing tactics:

You can probably see where this is going. It’s time to ditch the old ABC rule, and find a message more suitable for the reality of modern marketing. Actually, we can even keep the original A andB. Instead of closing, though, let’s focus the C onconnecting. Always Be Connecting has a much nicer ring to it, doesn’t it? It’s also a much better way of doing business. In the long run,Return on Relationship, #RonR is always going to win out over playing the numbers game with social.

So, what does “Always Be Connecting” mean? Connecting is much more open-ended than closing, and it means using social to build real, meaningful relationships. When someone sends you a request, respond personally. Look at their profile, make note of common interests, and bring them up when you chat.

If you’re the one sending the request, look for them on as many social channels as you can. Show that you’re genuinely interested in them, and they’re likely to return the favor. If someone sends you a message, don’t wait to reply. Find an article your connection would be interested in, and send it to them with a little note. As you get to know a new connection, cement the relationship with a phone call, or offer to meet up in person. There are countless ways to connect, and all you’ve got to do is be human.

The Benefits of Connecting

None of this means that you need to forget about closing sales. Instead, it’s about refocusing the emphasis onto your connections. Approach people from common ground, and build the relationship from there. The marketing part is still there, but now it’s coming from a place of genuine interest on both sides.

Many may think this does not scale, but it does. Word spreads quickly on social, for better and worse. No matter how you treat people, others are going to hear about it. In the end, it comes down to one question: What type of marketer do youwant to be? Build relationships, and the close comes naturally. Force the close, and the relationship falls to pieces. Make this one “C” change in your ABC formula, and you’ll see a big difference in results. Building a culture of connection, rather than simply focusing on the close, will result in a long-term relationship that will increase the lifetime value of your customers, increase the average order value, and make future purchases more frequent.